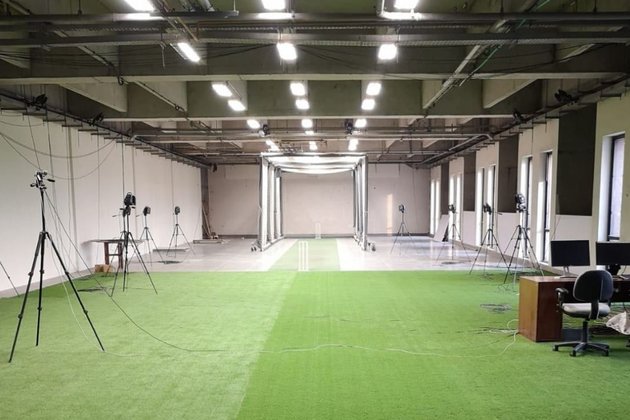 Ten years of planning to get an ICC-accredited biomechanics facility built in Pakistan has finally translated into tangible results, with the facility set up at the Lahore University of Management Sciences (LUMS) securing ICC accreditation. That makes it the fifth lab in the world to be ICC-accredited, joining those in Brisbane, Chennai, Loughborough and Pretoria.

With the much sought after accreditation secured, the lab can now carry out official bowling tests of international and domestic bowlers whose actions are reported for being illegal.

"The accreditation of the biomechanics lab at LUMS is a significant development and it is a step in the right direction in line with PCB's aim of equipping the board with modern and world-class facilities," PCB managing director Wasim Khan said. "The facility will help us identify and rectify faulty bowling actions at an early stage. In the past we didn't have a testing centre and a number of Pakistan bowlers were called both at the domestic and international level and then had to undergo remodelling of their action, often at a stage where it was tough for them to regain their effectiveness.

"The lab will also be available to players from around the world and we will work closely with the ICC to make the facility readily available for testing of suspect bowling actions. The facility won't be restricted for bowling actions only and players at all levels can sort out their technical deficiencies through biomechanical analysis under the supervision of coaches and experts."

The PCB first planned to set up a biomechanics lab in 2008 under the chairmanship of Nasim Ashraf. The equipment was purchased with a view to having a facility up and running at the National Cricket Academy (NCA) by December that year. But a change in board administration, as well as an ensuing financial crunch, led to the project being stalled. Plans to revive it in 2013 were further hampered by a battle for board control between Zaka Ashraf and the current chairman Najam Sethi.

But in 2016, under the tutelage of then chairman Shaharyar Khan, the PCB formed a partnership with LUMS that allowed the university to use the equipment the PCB had bought in 2008, and set up a lab on its premises.

Mian Muhammad Awais, an artificial intelligence professor, has overseen the running of the lab since the day it was installed in LUMS. He has been working with the ICC over the last year and, as part of the accreditation process, travelled to Pretoria twice to understand how to use and apply ICC protocol for testing. In most cases, whenever a bowler undergoes a test, an ICC official is also present to ensure protocols are followed, especially with regards to guaranteeing bowlers under testing in the lab are accurately replicating actions they use in competitive matches.

"It's good for the country and for the cricketers in the country as well," Awais told ESPNcricinfo. "We have been accredited by the ICC and this facility is going to help the region as well. I want to see players from around the region come to this laboratory to have their actions tested, but most of all, this facility has already proved beneficial for local players in Pakistan. We have a good set of professional coaches who are working with us, and we are growing dramatically after very humble beginnings.

"Obviously we started from scratch with a lot of questions raised about whether we would be able to manage it, but here we are now, with ICC accreditation. There are people like Muddassar Nazar (NCA director) and Hissan ur Rehman (PCB) who have dedicated themselves to making this venture successful. Now we have in place a much-improved facility, and also ICC accreditation. This is our asset and it is there for cricketers across the country to utilise it. The scope of this biomechanics lab isn't limited to simply testing the legality of bowling actions, it will also help enhance the performance of cricketers, with our research likely to contribute to producing better cricketers in the country."

The original equipment the PCB had purchased - a number of high-speed cameras and markers which cost nearly half a million dollars - still meets the requirements of the ICC. They have upgraded to the required software that allows every report of an action from around the world to be reviewed and validated centrally by the ICC.

Over the last three years, the lab has been working with the PCB to help international bowlers rehabilitate their bowling actions. Kenya offspinner James Ngoche was tested at the facility in August 2016 while he was in Lahore as part of a training programme.

Given Pakistan's history with illegal actions over the years, the facility may best be utilised for bowlers while still in the first-class set-up, or even for bowlers set to participate in the Pakistan Super League. Saeed Ajmal and Mohammad Hafeez are a couple of high-profile recent bowlers who were handed bans because of illegal bowling actions, while over the past two decades, Shoaib Akhtar, Shabbir Ahmed and Shoaib Malik were also reported.

In the aftermath of Ajmal's suspension in 2014, the then head of PCB domestic cricket Intikhab Alam said they had identified 35-40 bowlers in domestic cricket whose actions were faulty. The lab later tested over 24 bowlers, with most of their actions found to be exceeding the 15 degrees level limit of tolerance permitted under the regulations.