Running round in circles: London set for a silent marathon 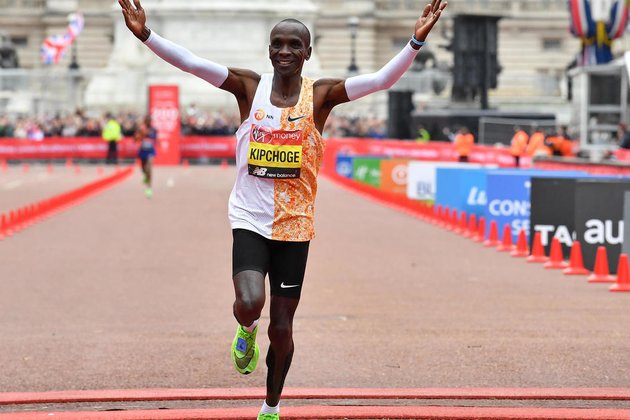 The London Marathon should have celebrated its 40th anniversary in April in a noisy affair with thousands of spectators cheering on elite competitors and amateurs. But Covid-19 changed all that. This year it will be a quieter affair, with no spectators, as elites only complete the 42.2km in laps instead of racing through the UK capital.

This year, because of the coronavirus pandemic, the ultimate endurance event in athletics is being staged this weekend as an autumn race - without spectators.

Instead of racing around the UK capital for 42.2 km, the likes of Eliud Kipchoge and Brigid Kosgei will have to complete their marathon by way of running nineteen laps around St James's Park. The Kenyan pair will, however, get to finish as usual on the Mall, close to Buckingham Palace.

A new world record on the cards?

In a late disappointment, Kipchoge's Ethiopian rival Kenenisa Bekele was forced to pull out of the event due to a calf injury.

Earlier, he admitted this year's race will be unpredictable, with even the possibility of a new men's marathon world record.

"The course is a new one and having not checked it in advance, it is really difficult at this moment to say if the course is a really fast course or not.

"The only thing I can say is that anything is possible."

Kipchoge's official race best is 2hrs 1min 39secs, which he ran in Berlin in 2019. The 35-year-old also posted a sub-two-hour time last autumn in Vienna as part of a bespoke INEOS-backed challenge.

"Sunday is going to be a very different race," says Kipchoge, comparing this weekend's run in the park to the more usual marathon format, on the streets.

"But I can assure you, I have shown the way to many athletes, that running under two hours is a possibility.

"I have done my part in this world, to inspire others. So, yes, a new record is possible."

Suffering in silence as crowds stay away

The 2020 edition really will be a silent race as non-elite entrants will be unable to join the likes of Kipchoge, Kosgei and Ruth Chepng'etich.

Last year's Marathon World Champion, Chepng'etich, said club, fun and charity runners, not to mention the support of the fans, will be missed.

"I am trying to think that it will not change much for me personally, as people will be cheering us on by watching television.

"They'll be there in spirit!"

Non-elite runners will still be able to take part at a distance, by completing the Virtual London Marathon - for which the organisers are allowing 24 hours to complete the necessary 42 kilometres.

If you do decide to run in your local park or living-room, and can drum-up some sponsorship, your efforts will be appreciated by the charity sector, which is under enormous pressure because of the Covid-19 pandemic.