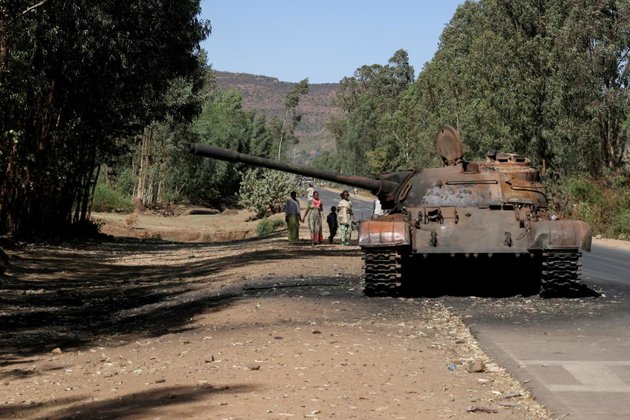 A new report by the United Nations human rights council has alleged that the Somali army fought in Tigray with Eritreans troops, which would constitute illegally participating in a foreign war.

The document, which focused on human rights in Eritrea, cites credible reports that Somali soldiers in training were taken to the frontlines in Tigray, including accounts that Somali troops were in Aksum.

The Federal Government of Somalia said it had not participated in the Tigray conflict, considering it an internal matter between Ethiopia and Eritrea.

Somali law states that any participation in a foreign war must be authorised by parliament.

Eritrean foreign Minister Osman Saleh lashed out at the United States in his letter to the UN Security Council, blaming the US for supporting the TPLF and "stoking further conflict and destabilisation" through interference and intimidation in the region.

"The apparent objective of these acts is to resuscitate the remnants of the TPLF regime," he said.

Addis Ababa indicated that Eritrean troops would be withdrawing from Tigray, after two months of international pressure.

Thousands of people are believed to have been killed in the war, with some two million people estimated to have fled. Human rights groups and aid workers have collected numerous accounts of abuses from survivors, who allege that Eritrean and Ethiopian soldiers carried out rapes, killings and looting.

The UN has called for an independent investigation to these reports of atrocities that happened between November and February.

Eyewitnesses have also corroborated accounts that Eritrean soldiers, some in Ethiopian uniforms, were controlling roads and access far from the shared border.

UN Special Rapporteur Mohamed Abdelsalan Babiker, a Sudanese legal scholar, who authored the report, said Eritrea had not cooperated with his investigation. He based his report on observations and information from diplomats, academics and civil society representatives.

He said the war had created an even bigger rift in ethnic tensions and has prompted a near famine.

UN Secretary General Antonio Guterres, the said on social media on Tuesday that Tigray was on the "brink of famine".

"The situation will only keep getting worse unless need funding is increased and humanitarian access is improved. The actions we take now may mean the difference between life and death for many people," he said on Tuesday.