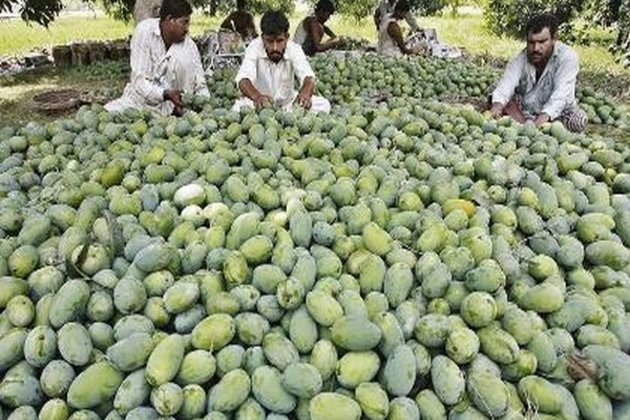 Islamabad [Pakistan], June 11 (ANI): United States, China along with several other countries have declined to accept mangoes that Pakistan had dispatched to heads of over 32 countries as part of its "Mango diplomacy" initiative.

Pakistan Foreign Office (FO) on Wednesday dispatched boxes of the fruit but countries like US and China among others have declined to accept the souvenir, citing their coronavirus quarantine regulations.

The 'Chaunsa 'mangoes were dispatched to the heads of state/government of 32 countries on behalf of the President Dr Arif Alvi, reported The News International.

Sources said the FO had also listed the French President Emmanuel Macron among the recipients but Paris hasn't responded to Pakistan's intent.

Countries, which have expressed their regrets at accepting the gift from the president of Pakistan, include Canada, Nepal, Egypt and Sri Lanka, reported the daily.

Previously, the mango varities 'Anwar Rattol' and 'Sindhari' were also part of the consignments but the two have been dropped this time. (ANI)