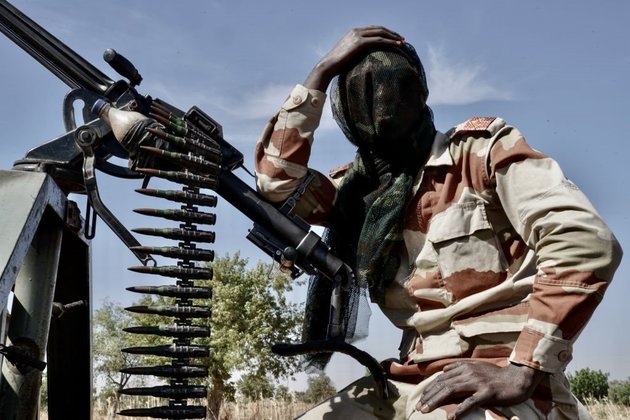 Armed men on motorbikes killed 14 civilians in an attack on a village in western Niger, near the restive border with Mali, the government said on Monday.

The attack on Sunday "targeted civilians, killing 14, including nine working in fields" at Banibangou, the interior ministry said. The area is prone to jihadist raids.

One person who was wounded had been evacuated for treatment in the capital Niamey, the ministry added.

The raid happened on Sunday at around 15:00 (14:00 GMT), when the attackers arrived at the village of Wiye, in the Banibangou district about 50km from the border with Mali.

Security measures had been stepped up and an investigation was underway to identify and bring to trial those responsible for "these cowardly and barbaric attacks", the ministry added.

Banibangou falls inside what is known as the three-borders region between Niger, Burkina Faso and Mali, which for years has been the scene of bloody attacks by jihadist groups linked to al-Qaeda and the Islamic State group.

In mid-March, an attack by suspected jihadists in the same district targeting a village market left 66 people dead.

And on 24 June, attacks on villages in Tondikiwindi, in a neighbouring district, killed 19 people.

Despite repeated efforts by the authorities to secure the region, the deadly attacks have continued, often carried out by gunmen on motorbikes who flee across the border into Mali after their raids.

A contingent of 1 200 Chadian soldiers is deployed in the three-borders region as part of a multinational force put together by the G5 Sahel group, which comprises Burkina Faso, Chad, Mali, Mauritania and Niger.