2 suspects held in Pak for bus blast which killed Chinese 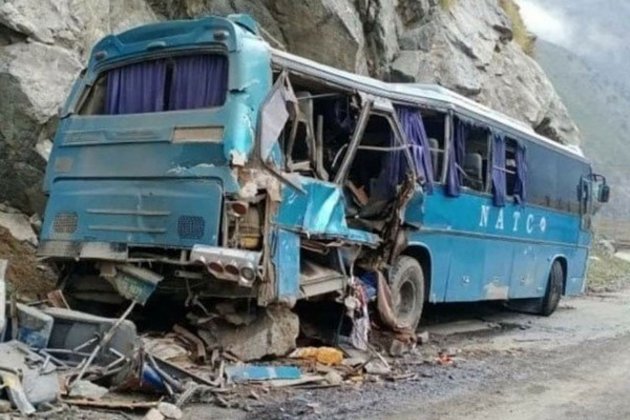 Lahore [Pakistan] July 29 (ANI): Pakistan's Counter-Terrorism Department (CTD) has claimed to have arrested two men for their alleged involvement in the blasts on a bus carrying Chinese nationals in Pakistan's Khyber Pakhtunkhawa earlier this month and in Lahore's Johar Town in the last week of June.

According to police sources, the two suspects, who were arrested from Lahore on Wednesday were involved directly or indirectly in the two terrorism activities, Dawn newspaper reported.

The arrested suspects who are siblings had been living in Lahore for the past 15 years. "The CTD acted on intelligence reports about their involvement in the terror acts," Dawn reported citing police sources.

Similarly, 13 people, including nine Chinese nationals and two frontier corps soldiers were killed while 39 others were injured when the bus carrying them to a site of the under-construction Khyber Pakhtunkhwa's Dasu Dam exploded. The bus fell into a deep ravine after the explosion.

Meanwhile, Beijing has also stepped in to probe this bus attack, the Chinese forces were allowed to investigate this matter despite the fact that the Imran Khan government has repeatedly stated that it won't allow foreign security set up on its land.

After persistent attacks on Chinese nationals, Pakistan has had to convince Beijing that it can protect Chinese infrastructure and citizens from terrorist groups when it has failed to protect its own. (ANI)