We are contributing to peace-building efforts 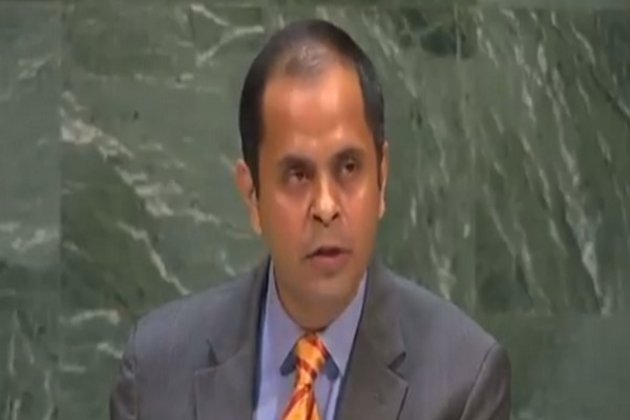 New York [US], July 30 (ANI): India's development partnership with Afghanistan includes more than 550 Community Development Projects covering all its 34 provinces and is aimed at strengthening the country, said Counsellor in India's Permanent Mission to the UN, Pratik Mathur.

During a debate on peace-building and sustaining peace on Thursday at United Nations General Assembly (UNGA), Mathur said: "Our development partnership with Afghanistan includes more than 550 Community Development Projects. It is aimed at strengthening Afghanistan."He also said that India has always played a constructive role in peace-building processes, especially in its neighbouring countries.

"As a democracy, India is conscious of the need to prioritise institution building, in particular, governance structures to strengthen institutional capacity and the rule of law, taking into account the views of the host government," Mathur said.

"India, through its extensive development partnerships with developing countries, particularly in Africa and Asia, has always played a constructive and significant role in peace-building. In our neighborhood, for instance in Afghanistan, India is also contributing to peace-building efforts.

His remarks came after the External Affairs Minister S Jaishankar said that there can't be a military solution or a takeover by use of force in Afghanistan.

"There can't be a military solution, there can't be a takeover by use of force in Afghanistan. We'll work with international community to ensure that political negotiations for a settlement are pursued seriously and we would never accept an outcome which is decided by force," Jaishankar said.

"I articulated our position at a press conference that was jointly held with the visiting US Secretary of State. We were very clear that there must be a negotiated, political settlement in Afghanistan," he told the Parliament in New Delhi on Thursday. (ANI)