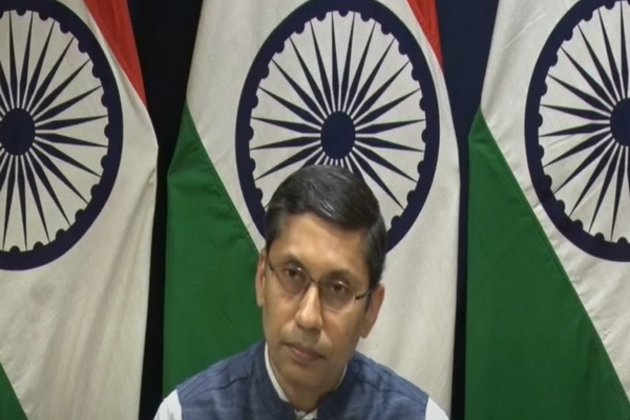 By Naveen KapoorNew Delhi [India], July 29 (ANI): India has taken strong objection to mention of Jammu and Kashmir in the joint statement issued by China and Pakistan after the third round of their strategic dialogue.

MEA spokesperson Arindam Bagchi said at the regular media briefing on Thursday that Jammu and Kashmir and Ladakh have been and will remain integral and inalienable parts of India.

The MEA spokesperson said the so-called corridor is in Indian territory and no material change should be made in this occupied land.

"The joint press release had also made reference to China-Pakistan Economic Corridor. We have consistently conveyed to China and Pakistan that the so-called CPEC is in India's territory that has been illegally occupied by Pakistan and that we resolutely oppose any attempts by other countries to change the status quo in areas illegally occupied by Pakistan and as also to Pakistan bringing up any material change. We call upon parties involved to seize upon such actions," he said.

Many view Taliban-China meet as an attempt to give legitimacy to Taliban.

Reacting on the China-Taliban meeting and recent developments in Afghanistan, the spokesperson said that "unilateral imposition of will by any party will not be democratic, cannot lead to stability, and cannot provide legitimacy".

He said gains over the last two decades should be preserved.

"We are closely monitoring developments in Afghanistan. You would have heard EAM speak at length on our perspective about the situation in Afghanistan during his press conference yesterday. I would like to reiterate that India, and the world, wishes to see an independent, sovereign, democratic and stable Afghanistan, at peace with itself and neighbours," he said.

Taliban has captured several territories largely in rural provinces as foreign troops pull out. An intense battle is going on between Taliban fighters and Afghan defence forces.

India has always maintained that process should be Afghan-led and Afghan-owned. India is also talking to all stakeholdersPakistan is backing the Taliban. It has been reported that many injured members of the Taliban are being treated in hospitals in Pakistan and Shuras are also running with full legitimacy from cities of Quetta and Peshawar. (ANI)