Encounter breaks out between security forces, terrorists in J-K's Pulwama 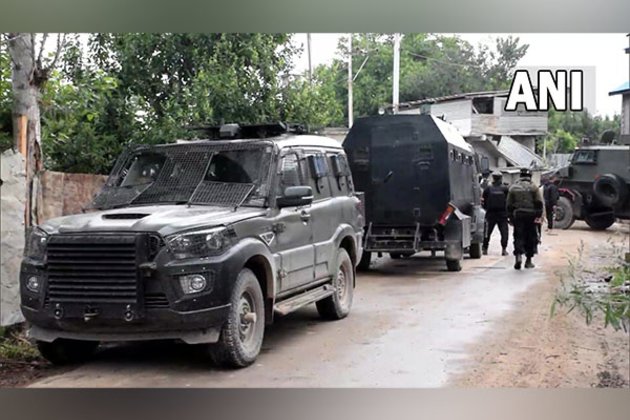 Pulwama (Jammu and Kashmir) [India], June 21 (ANI): An encounter broke out between security forces and terrorists in Tujan village of Jammu and Kashmir's Pulwama in the wee hours of Sunday.

According to the Kashmir Zone Police, the encounter is currently underway.

"Encounter has started at Tujjan area of Pulwama. Police and security forces are on the job. Further details shall follow," The Kashmir Zone Police tweeted earlier in the day.

Meanwhile, the security forces have killed one unidentified terrorist in another encounter in the Tulibal area of Sopore town in J-K's Baramulla district.

The police informed about the Sopore encounter at around 3.49 am.

"Encounter has started at Tulibal area of Sopore. Police and security forces are on the job," the police had tweeted.

Earlier on Monday, Inspector General of Police (IGP), Kashmir Vijay Kumar said that seven terrorists including three Pakistanis were killed in encounters with security forces in the Valley.

"An encounter began in Kupwara on Sunday. Two Lashkar-e-Taiba (LeT) terrorists from Pakistan were killed yesterday itself. Another Pakistani terrorist was gunned down early morning today (Monday). A local terrorist from Shopian, Showkat was gunned down along with him," IGP Kashmir told ANI.

According to Jammu and Kashmir Police, encounters also broke out between terrorists and security forces in the Chatpora area of Pulwama and in the DH Pora area in Kulgam on Sunday.

Security forces are on alert as there have been incidents of targeted killings in Kashmir and sections of the minority community had threatened that they were preparing for mass migration if the government did not relocate them.

Defence Minister Rajnath Singh, who was on a two-day visit to Jammu and Kashmir, had urged the people not to allow inimical forces to break the social fabric and noted that the electoral process is likely to begin in the coming months.

Rajnath Singh also made a veiled reference to Pakistan and said some forces were trying to sow seeds of hatred in the Union Territory.

He said there is a foreign conspiracy in the recent targeted killings in Jammu and Kashmir and such attempts would be foiled. (ANI)

Hit sitcom's co-creator Marta Kauffman has pledged $4 million to an African studies program as penanceWracked with guilt over the ...

?Friends? co-creator Marta Kauffman has pledged $4 million to an African studies program as penanceWracked with guilt over the hit ...

Carlos Ortiz leads after first round in LIV's U.S. debut

Mexico's Carlos Ortiz fired a 5-under-par 67 to take the first-round lede of the LIV Golf Invitational Portland on Thursday ...

J.T. Poston used an eagle and seven birdies to fire a 9-under-par 62 on Thursday and take the first-round lead ...

Seven Killed in Sudan as Protesters Rally on Uprising Anniversary

KHARTOUM, Sudan - Seven protesters were shot to death in Sudan on Thursday, medics said, as large crowds took to ...

CHIFRA, ETHIOPIA - The battles between Ethiopian government-aligned troops and Tigrayan forces may have stopped, but herders in western Afar ...