Wimbledon: Jabeur upsets Parry; Mertens ousts Kerber to advance into next round 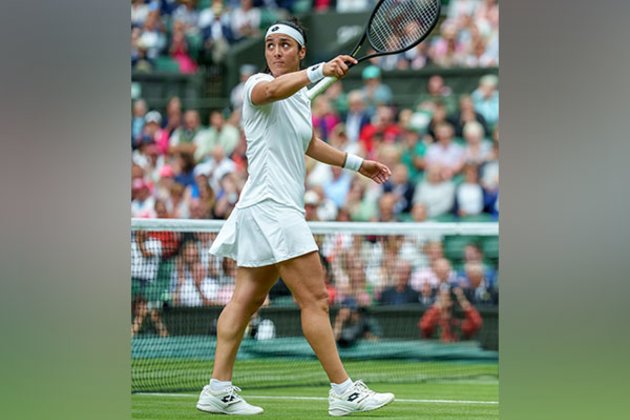 London [UK], July 2 (ANI): The third-seeded Tunisian Ons Jabeur ran her grass-court winning streak in singles to eight with a win over French teenager Diane Parry in the Wimbledon 2022 on Monday.

Jabeur has dropped just 13 games in six sets at the Championships so far. Against 19-year-old Parry on Centre Court, she won both the first five games and the match's last 14 points.

Jabeur expertly handled the teenager's now-unique one-handed backhand and slice; she's one of just two players in the Top 100 to play one-handed on that side.

It was not a perfect day for Germany, though, as No.24 seed Elise Mertens of Belgium topped 2018 Wimbledon winner and No.15 seed Angelique Kerber 6-4, 7-5. Mertens picked up her first Top 20 win in over a year with the victory.

Mertens, who came back from a break down in the second set against Kerber, will face No.3 seed Ons Jabeur of Tunisia in the Belgian's second trip to the Wimbledon Round of 16.

Tatjana Maria of Germany extended her resurgent season with a big win over No.5 seed Maria Sakkari of Greece 6-3, 7-5 at Wimbledon.