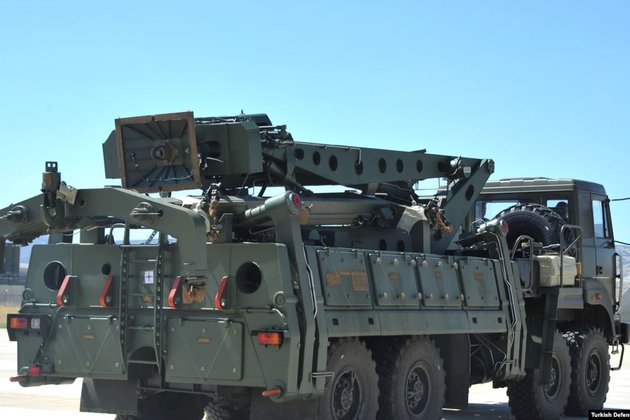 Turkey is discussing buying more S-400 missile-defense systems from Moscow, according to Russia's state arms exporter Rosoboronexport, despite Washington's repeated warnings against such a move.

He did not provide further details.

The United States says Russia will be able to acquire sensitive technical details about the new U.S. warplane if it is operated alongside the S-400.

The report comes a day after Turkish President Recep Tayyip Erdogan said at a news conference after a meeting with his Russian counterpart, Vladimir Putin, in Sochi, that Russia and Turkey will continue their defense cooperation.

During the same meeting, Putin and Erdogan agreed to ensure Kurdish forces withdraw from areas close to Syria's border with Turkey and Russia to launch joint patrols.

The agreement cemented Russia's and Turkey's roles as the main foreign players in Syria, after U.S. President Donald Trump announced the withdrawal of American forces from the country's north earlier this month.

Based on reporting by Interfax, AFP, and TASS