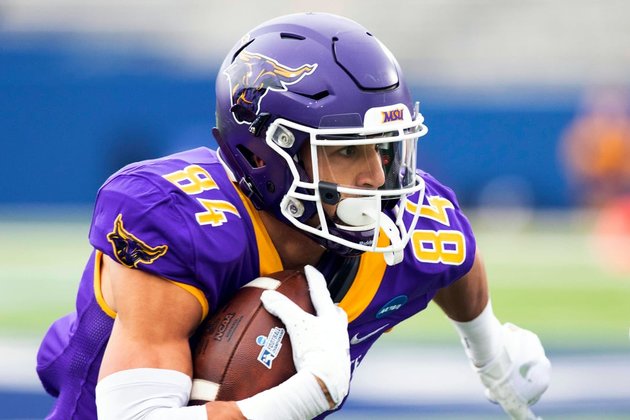 *Experience for the 2021 season

Zylstra (6-4, 225) joins the Vikings for his first season in the NFL in 2021. A native of Spicer, Minnesota, he went undrafted in the 2020 NFL Draft after being a four-year starter at Minnesota State where he finished as the all-time leader in receptions (227), receiving yards (4,297) and touchdown catches (54). In 2019, Zylstra led Division II and established single-season school records with 81 receptions for 1,676 yards and 18 touchdown receptions to garner All-American honors. His 81 receptions broke the previous school record of 74 set by current Vikings wide receiver Adam Thielen (2012) and Chad Ellman (1996). Zylstra is the younger brother of Panthers receiver Brandon Zylstra, who spent the 2018 season with the Vikings.